A  new sport all allows the beginners to smoothly take advantage of 10 slips of their first hours of initiation. The catakite, official supplier of lightning sensations, in all security.
We know: the catamaran, the surf, the kite, and the kite surfing. It is here that a newcomer disembarks on the beach of Orient Bay: the cata-kite, a hybridization using a cockpit of hobie-cat and a approved traction wing. This new sport of slide associates several advantages, the first being after a fast initiation on the beach, to pass directly on the water; and last but not least, it is the presence of the monitor some centimeters of the new churchgoer, permitting all - including to the children from six years, aged people and those with reduced mobility - to initiate. The initiative has been thrown by the club Nathalie Simon in association with the French federation of sail.
All smoothly
During the first minutes, the tendency is half the" brutality ". One pulls on the rope instead of pushing, one brings back too suddenly on the left then on the right, one forgets good to position himself and all gives has provide some muscular efforts. But at the end of 30 minutes, under the unlimited advice of an accompanist, all more obvious part. It is necessary to pull on the right to come back his left hand and vice versa. The secret, to make all kids gestures, without effort, without having stroke and the surprise, it is a lot easier it. It maintains itself in the air and trails the cockle of embarkation. The pupil even begins to smile and has watched the surroundings. He approaches the island Hubbub and nearly feels the felling of a navigator. The efforts are relic Ms and a simple pressure of the fingers gives back the power has the sail that hurries like a cerfvolant. And when illus arrives to take the water, well felt some movements are sufficient, to inspire has him new of the power. In case of panic, it is sufficient to release the rod. And if it is indispensable to have at least three sessions of kite on the beach for good to discern the principle, with this new technique, of it after 30 minutes of accompanied initiation, that can surf on the waves. Naturally, some small reflexes will be well useful for mastering" windows of flight ", but they acquire themselves this time with experience. The children are mad about these notions of piloting and takeoff of veil. You have understood, windsurf, kite, ski, wake, light catamaran... All is possible on Saint-Martin with trade winds that offer spotlights of high quality. Besides, the international class champions don't deceive themselves ; they wrote down on their shelf the yearly meeting on the beach of Orient Bay for The "·SXM-Challenge", inescapable meetings of the amateurs in water sports in May. 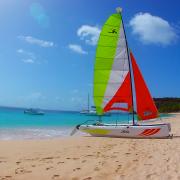 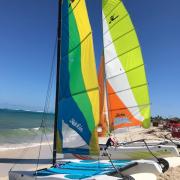 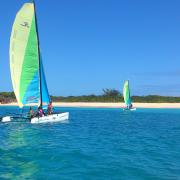 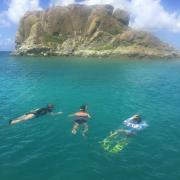 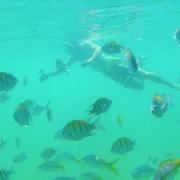 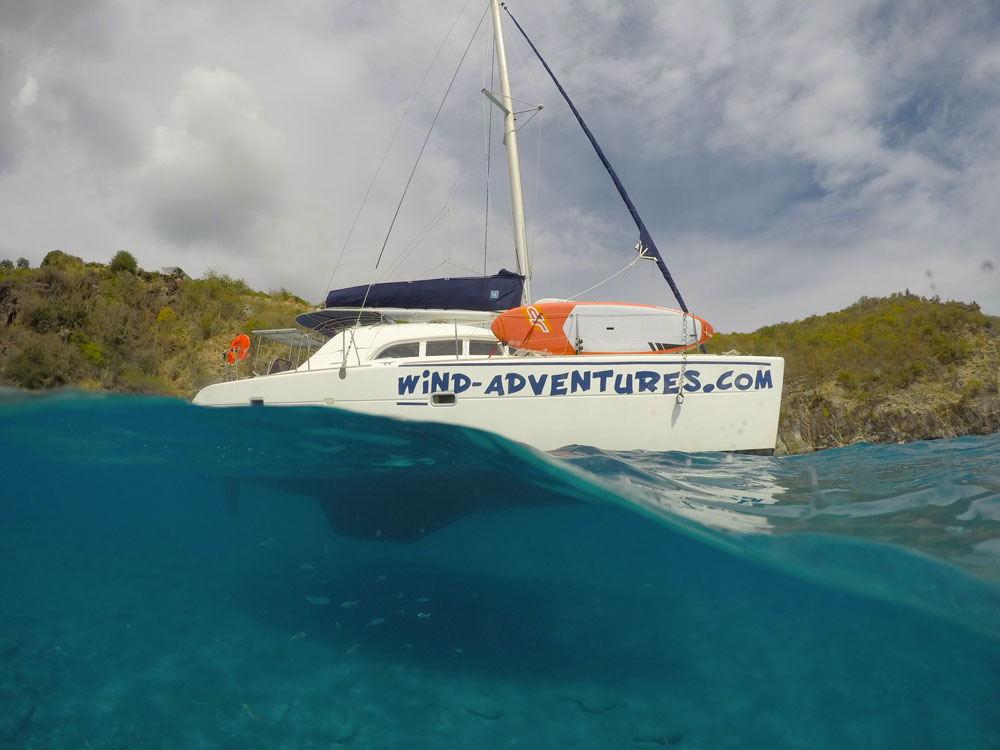 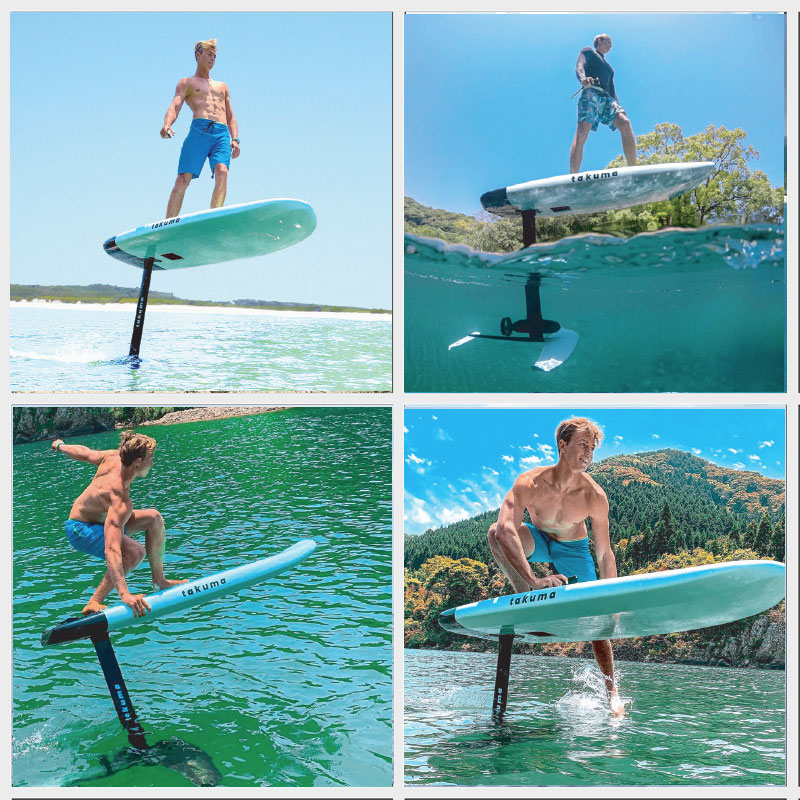